Once home to the Order of the Oddfellows in the late 1800’s, this renovated historical building features luxurious loft apartments above with boat building space below. Odd Fellows Hall overlooks Center Harbor in the quaint town of Brooklin, Maine.

Get A Free Quote Factory Direct to Your Jobsite 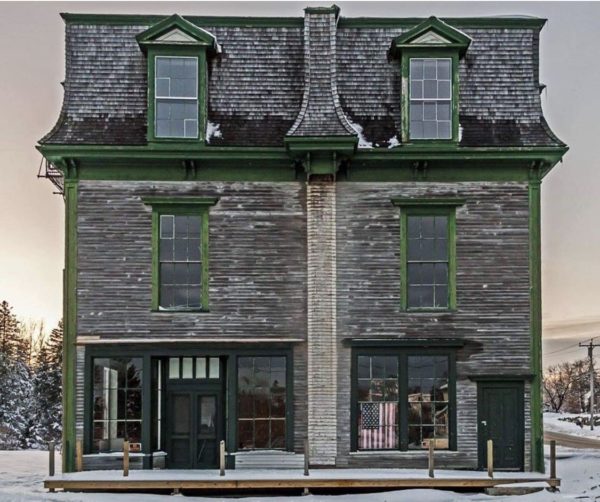 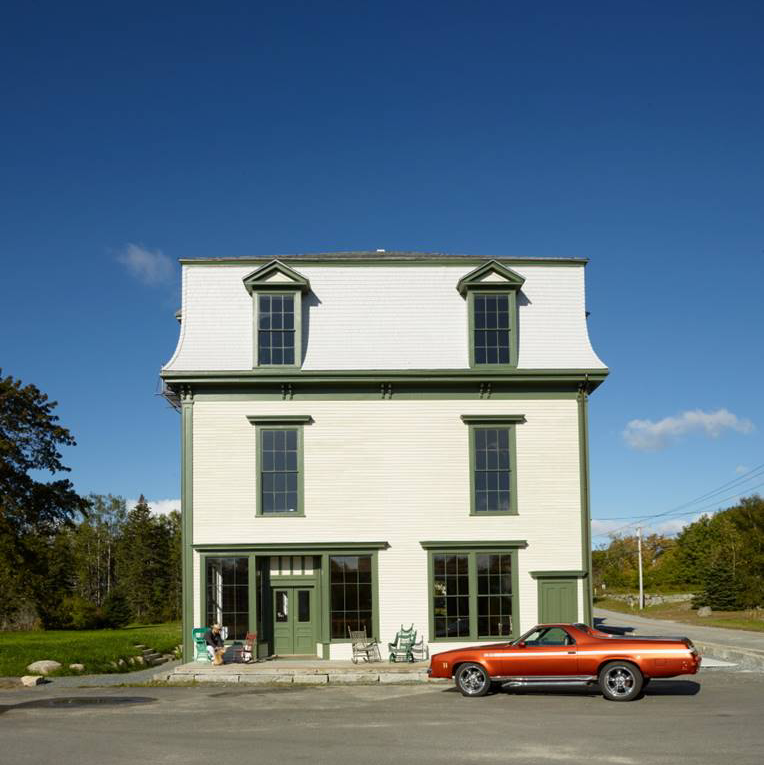 Installation went great!! The system is up and running. Thanks for all your help! – Robert Baird

“My interest was the first floor for boatbuilding, which we have been utilizing for more than a year now, after lifting the floor and shoring up the underpinnings, installing a new radiant heat floor and installing a big I-beam down the center to straighten the building and allowing us to remove the centerline wall and two supporting walls,” the boat builder said. “Now it is essentially an open-floor plan and the big windows let in great light for working.” – Robert Baird

Designed and constructed by Ralph Bent, the Independent  Order of Odd Fellows Hall is a three-story balloon framed Italianate structure built in 1896. Listed in the National Register in 1990, the Hall is the largest and most architecturally significant building in Brooklin, enjoying a commanding view overlooking the Eggemoggin Reach on the Penobscot Bay. The building’s purpose was to house the IOOF Lodge on the top level, and to employ the second floor for community functions and the first as commercial spaces. The Odd Fellows Hall served its purpose into the 1990s when it was sold and it then stood largely vacant since.

When purchased by 120 Reach Road LLC, the building was in a serious state of disrepair and it required a complete restoration; most of its historic features had been removed by prior owners. The previous owners had raised the building and installed a new foundation, but about 30 percent of the floor joist and main support beams on the first floor were rotten. The roof had been shingled in various materials and was leaking. There was a large broken truss in the roof system that needed repair. The knob and tube electrical system had to be replaced. The large double hung windows were rotted, mostly non-operable and in need of restoration. Exterior doors were coming off their hinges and falling apart. The exterior paint was completely gone and the clapboard siding was in extremely poor condition. The fire escapes were corroded and unstable.

Facing these issues, the three new owners formulated a plan to restore the exterior to its original grandeur, and to divide the interior three ways, in order to  allow the building to continue its usefulness for the next generation. The project contemplated conversion of the first floor into a boat building shop for owner Steve White’s company, the second floor into a vacation rental space that might also be used for community events for Robert Baird, and the third floor space into a vacation rental that also showcases John Ike’s collection of mid-century modern Italian furniture and art. A core goal of the project was to save and restore as much of its original fabric as possible.

The roof of the building was stripped to the boarding boards and completely re-shingled. The broken,  major truss in the roof system  was jacked back in to place and repaired. The third=floor lath and plaster walls were repaired and re-plastered and painted with lime wash paint. To accommodate the boat building shop on the first floor, interior walls were removed to open up the space. A 40- foot steel beam was installed with new foundations to support the floors above. The monumental double hung windows in the building were removed and restored, preserving the old glass and overall look of the building. New preservation storm windows were also installed. The historic bead board on the first and second floors was carefully removed and reinstalled, so that insulation and fire proofing work could be done. Soffit walls were installed to mark spots where original walls were removed. All of the original light fixtures in the building were completely restored.

Outside, over the years there had been major water damage causing the crawl space floors to rot. Proper drainage was installed around the foundations of the building and drainage and sump pumps were installed in the cellar crawl space, along with over 60 yards of crushed stone and vapor barrier to eliminate the water problem. The building’s exterior was restored, preserving original clapboards where possible and then it was repainted to its original color scheme. The fire escape was removed from the building and restored; the work included disassembly, stripping, and reassembly with new fasteners to ensure safety.

Funded entirely by the owners, and utilizing federal and state tax credits, this three-year  project saved a significant resource to the Brooklin community,  providing the town with not only a continuing connection to its history but also a vibrant contributor to its present.

Get a Quote
Scroll to top