Hydronic systems are inherently more efficient than forced air due to basic physics – water is far superior to air as a material for absorbing heat. Coupled with a low water temperature supply product like Ecowarm, and you will enjoy the superior comfort of radiant floor heat at a far lower price than traditional forced air.

Get A Free Quote Factory Direct to Your Jobsite

Heating Distribution Systems are Not All Alike

By John Seigenthaler | As printed in Plumbing and Mechanical Magazine

“One thing that doesn’t get focused on is distribution efficiency,” he says. Distribution systems use electrical power to move heat regardless of how that heat is produced, he says.

“Water holds huge advantages as far as reducing the electrical power required for heat distribution,” he says. Hydronic distribution systems are typically ten times more efficient than forced air systems.  “With creative designs, it can be better than a ten to one ratio,” he says.

Circulators are far better than fans for efficient heat distribution

As good as it gets? Upon hearing some modern boilers can operate with thermal efficiencies upwards of 95%, many potential clients likely conclude the industry has just about reached the limit of what’s possible with regard to converting fuel into heat, and that little remains to be accomplished in terms of improving the efficiency of systems using such boilers. But, just as an oasis fades away when you’re almost to it, so does this illusion of nearly perfect efficiency.

True, the thermal efficiency of modern boilers, when properly applied, can be very high, but a hydronic system is more than a high-performance boiler. For the system to be considered high performance it should have a highly-efficient heat source as well as be able to move heat through a building using minimal amounts of electrical energy. 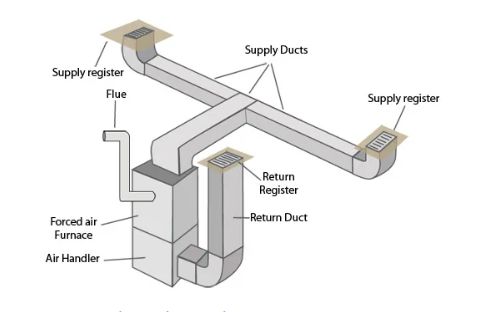 A homeowner will typically save somewhere between 20 to 40% with a radiant heating systems using hydronics, as compared to a traditional forced air system.

Water holds huge advantages as far as reducing the electrical power required for heat distribution. Hydronic distribution systems are typically ten times more efficient than forced air systems.  With creative designs, it can be better than a ten to one ratio. 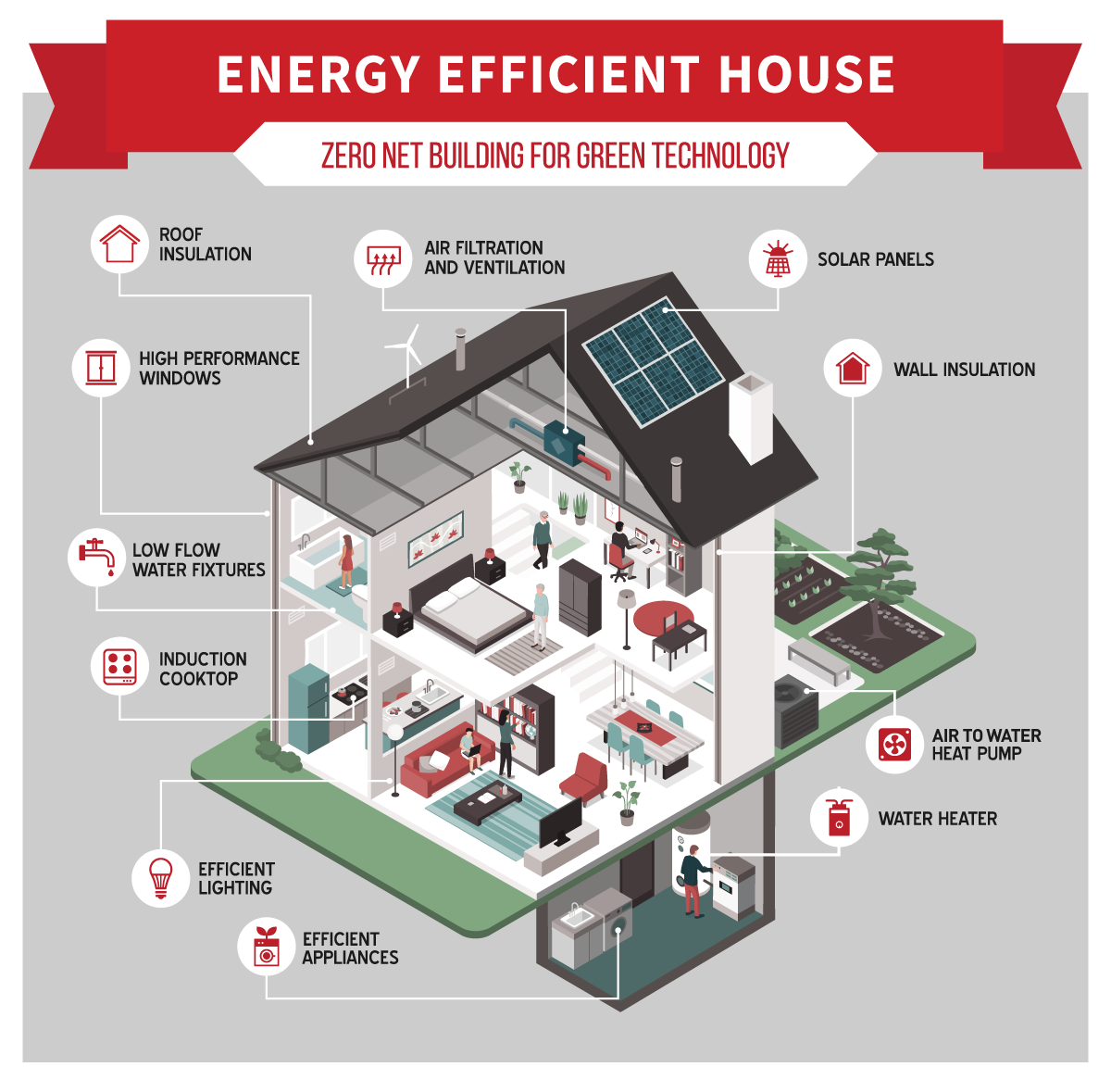 Features of an energy efficient home

What is distribution efficiency and why does it matter?

The more heat the distribution system can deliver per watt of electrical power demand, the higher its distribution efficiency. Here’s an example: Consider a hydronic system that delivers 120,000 Btu/h at design-load conditions using four circulators operating at 85 watts each.

The distribution efficiency of that system is: But is 353 Btu/h/watt an acceptably high value for distribution efficiency? It’s hard to judge a number for any physical measurement without something to compare it to. Here is a similar calculation for a furnace with a blower that operates at 850 watts while delivering 80,000 Btu/h through a forced-air ducting system:

For these two examples, the hydronic system provides a distribution efficiency about 3.8 times higher than that of the forced-air system. That distinct advantage is the direct result of water being far superior to air as a material for absorbing heat. Using modern hardware and careful design, it’s possible to create hydronic distribution systems with distribution efficiencies well beyond the 353 Btu/h/watt value of the previous example.

Hydronic heating is simply more efficient. Add to this inherent system distribution efficiency a low supply water temperature product like Ecowarm RadiantBoard and you have it nailed!

While there are several reasons radiant is more efficient than forced air systems, such as duct losses, the example above demonstrates that a hydronic system can save thousands of dollars in distribution electric costs alone over the life of the building.

Get a Quote
Scroll to top